Three years ago I built a cribbage board app as a proof of concept. At the time I assessed the need: it is easy to find a pack of cards when traveling, it is much harder to find a cribbage board, and the problem: the existing apps required too much interaction to keep track of points, interrupting the flow of the game. This week I released a new verison of the app with a new interface to require even less interaction.

Jared Spool has observed that good design, when it’s done well, becomes invisible. It’s only when it’s done poorly that we notice it. I felt that version one of the app was closer to the goal of invisibility than anything else I had found, but it could be better. It could be more invisible. So I iterated the design.

The new interface was built following the design process I advocate for clients. Based on the initial needs analysis, I built a first version proof of concept and released it, initially to a small group of friends and then to the app store as a whole to be used. I used the app myself and observed others using the app. 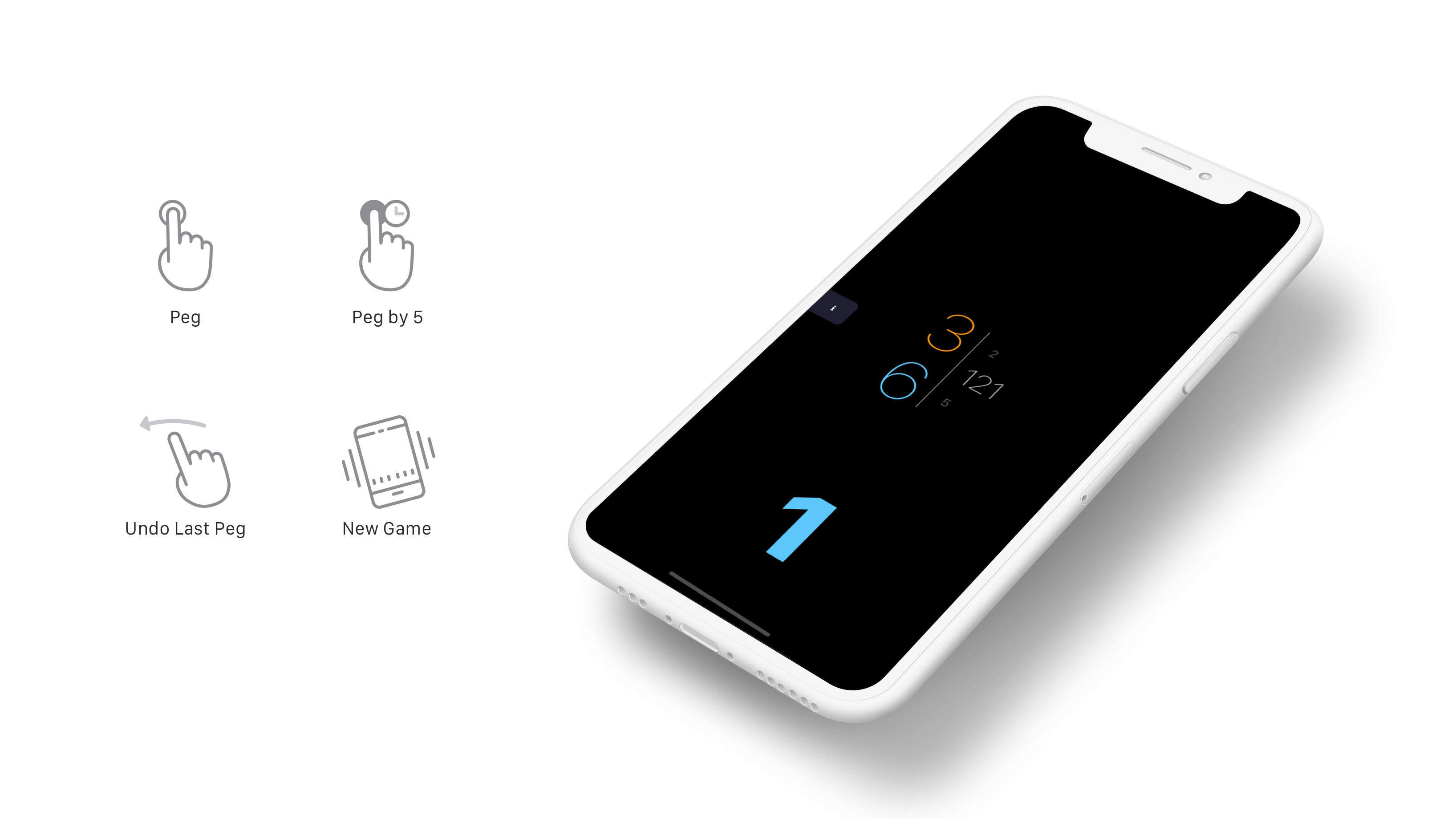 The new version places the controls on either end of the phone so the device can sit directly between players in a 2-person game in such a way that they can manipulate the controls face on. The tally and sum values rotate to face the player on each turn. Pegging is done by tapping or long tapping on the player's side of the device. The ability to identify specific gestures allows the same control area to do multiple things: single tap to add a point, long tap to add 5 at a time. Swipe to the side to wipe them away. Shake to reset. 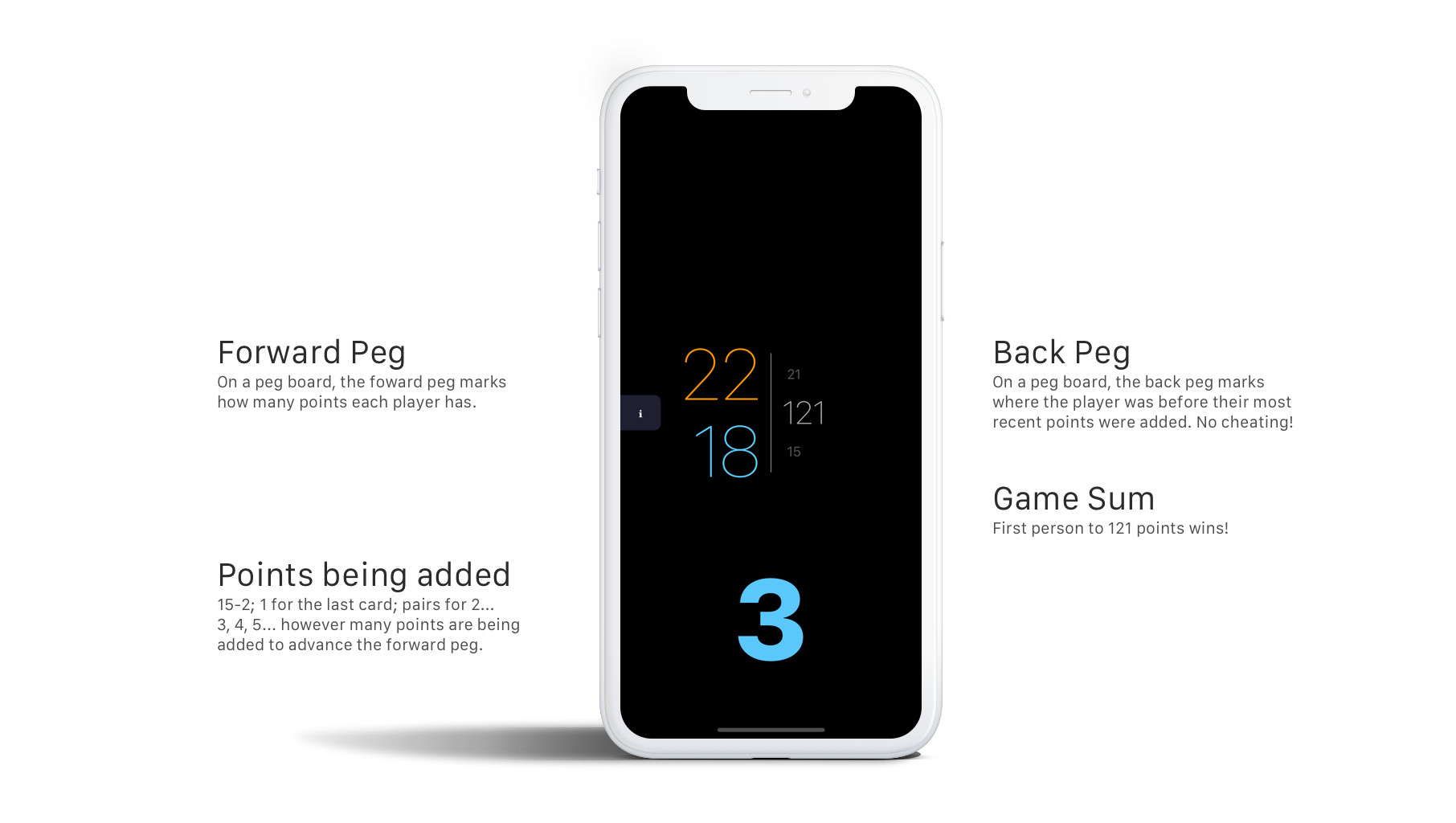 The app is available in the App Store.